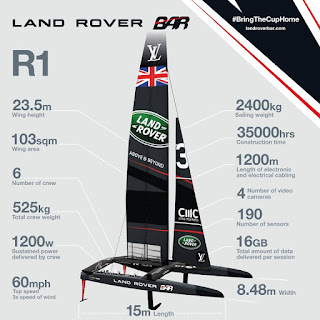 The ambitions of Land Rover BAR to win the 35th America’s Cup – and finally bring the trophy back home to Britain after 166 years – took solid form today, with the launch and christening of their America’s Cup Class race boat in Bermuda.
The menacing, matt black boat represents the combined efforts across three years of the now 120-strong team and their partners. After the launch of four test boats, 85,000 hours of design and build, on the water testing and painstaking construction, the team has seen its efforts crystallised into the boat code-named R1.  Read more