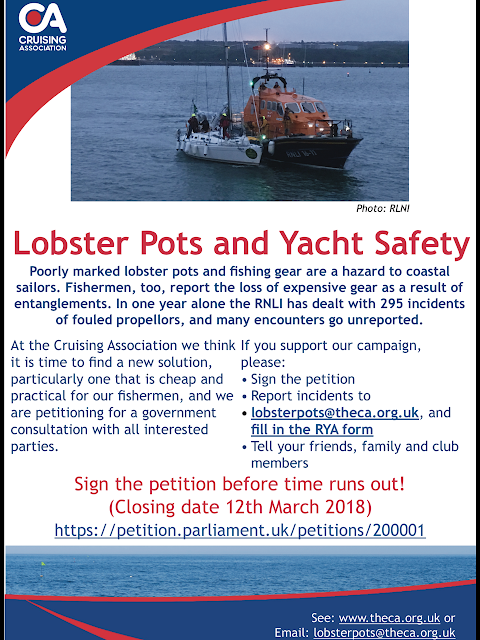 In the spring of this year the Cruising Association launched a petition to make lobster pot markers safer for small craft.   In two weeks we had 6,000 signatures and numerous reports of boats coming to grief by being caught up in lobster pot chains and ropes.  The petition had then to be abandoned when the General Election was announced but was relaunched at the Southampton Boat Show in September.
We have had just over 5,300 signatures this time as those who signed the petition earlier thought their ‘vote’ would be carried through. This was not the case. The Government’s petitions office shut down the earlier petition, losing all 6,000 signatures.