Are you planning to pass under Kingsferry Bridge? 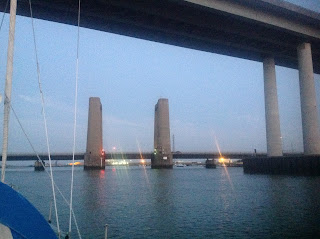 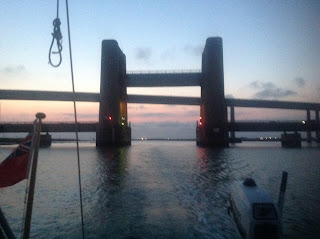 This is an old post, but the lift gear still hasn’t been replaced, so delays can still be expected.
Earlier during 2016 there were reports of occasional unsatisfactory service at Kingsferry Bridge. The MSBA have obtained assurances from senior management at Network Rail that the operators have been briefed not to repeat this.

However, the MSBA have been informed that the planned upgrades to the bridge machinery have been delayed due to the contractor pulling out due to massive cost increases due to the devaluation of the pound against other currencies. The contract must now be put out to tender again.

We must appreciate that the old lifting machinery cannot be pushed too hard so further delays are likely to occur especially during hot weather.

We also understand that when track engineering works are in progress, authority to lift the bridge passes to the engineering team and can cause further delays. It would be advisable to call the Bridge Keeper well in advance rather than just turning up at the bridge and requesting a lift.